Trending
You are at:Home»Our Picks»10 Best Headsets Revealed For Every Gamer

Are you a newbie or a professional gamer? If you spend most of your spare time playing the most popular games online or via gaming consoles like Xbox or PlayStation, then, might as invest on a top performing gaming headset. Why? Headset models come in a variety and finding the perfect match for your gaming activity will guarantee a pleasurable experience. So, before you get started playing a new game read below the highly recommended 10 headsets from the trusted brand “Turtle Beach”. I’m sure there is a specific gaming headset that will bring your gaming experience to the next level. 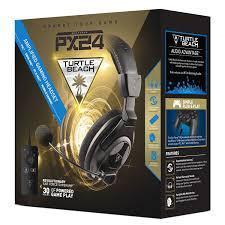 If you are looking for a universal headset compatible for different gaming consoles you own like PS3 or Xbox, then, go for the Turtle Beach Ear Force PX24. This gaming headset model is among the best headsets produced by Turtle that assures gamers of any level an extraordinary gaming experience. What to expect with the Ear Force PX24 Universal Amplified Gaming Headset? Aside from being compatible with most gaming consoles like Xbox, PS3 and PS4, this headset promises clarity on sound, plus it has mic monitoring that can be adjusted depending on your preference. What’s more? The Ear Force PX24 is can also go with your PC, Mac and other mobile devices. 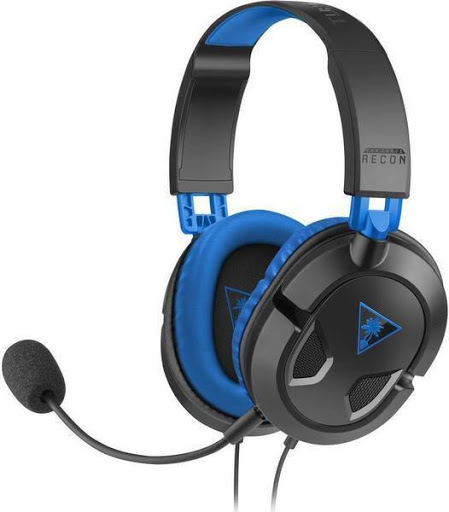 Another model of gaming headset from Turtle Beach that any gaming enthusiast should consider is the Ear Force 60p. What this headset has to offer? Well, if you are the type of gamer that prefers louder audio while playing and have the opportunity to chat with other gamers this is the right one for you. The Ear Force 60p is compatible with PS4 Pro and PS4, latest Xbox One with the 3.5mm jack as well as with your computer, Mac and other mobile devices connected with the 3.5mm jack. 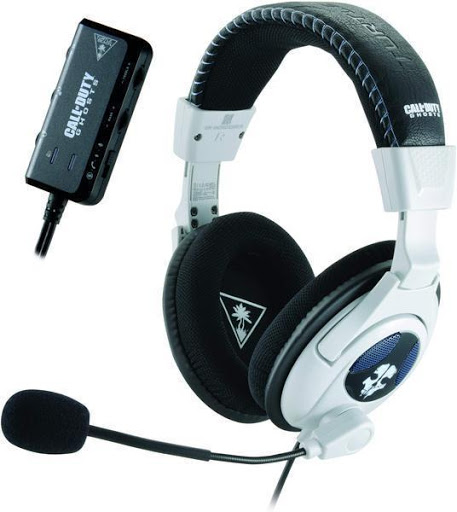 If you love to collect rare editions of gaming headphones the Turtle Beach Call of Duty Limited Edition should be part of this collection. Why? The Turtle Beach Call of Duty Ear Force Shadow Limited Edition is a premium quality headset that has a 50mm speaker system with adjustable bass and treble levels. What does this mean to a gamer? Every gameplay is delivered in pure clarity giving the gamer a real-life gaming experience. The design of this limited headphone is very lightweight with mesh cushions and soft padding for added comfort even during prolonged hours of gaming sessions. 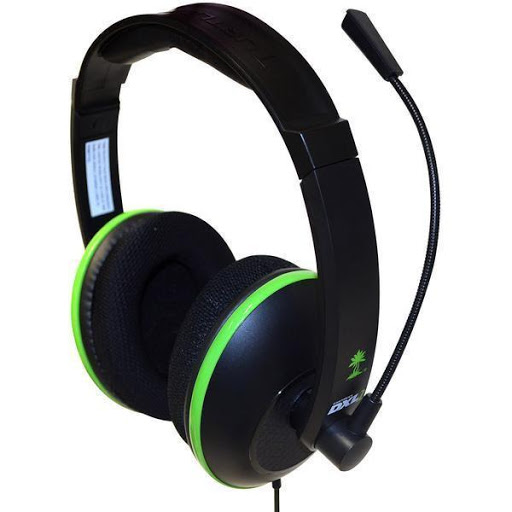 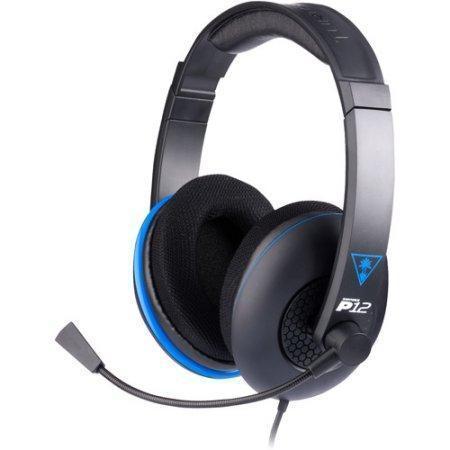 For those gamers that prefer a high-quality digital gaming experience with their PS4 the Turtle Beach headset Ear Force P12 version is a wise choice. What are the distinct features of this headphone? Aside from experiencing an improved audio this headset is sensitive as you chat. Thanks to its chat and microphone monitor feature. Another good things about the Ear Force P12 headset are easy to set-up and can go with other mobile devices including PS Vita. 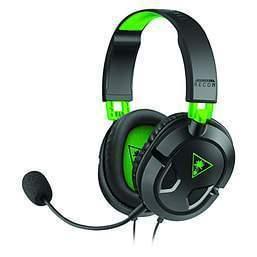 Another ideal gaming headset designed for gamers of Xbox One is the Ear Force Recon 50X Headset. What is has to offer? The Ear Force Recon 50X has crystal clear chat, superior quality speakers, convenient in-line controls both for volume and mic mute. It’s also compatible with other gaming devices connected with 3.5mm jack like PS4 Pro, PS4 and PCs.

In case you are into Xbox360 or PC games, then, might as well take a closer look with Turtle Beach Ear Force X12 Amplified Stereo Gaming Headset. This headset model assures gamer of enhanced audio, giving that real feel experience of each level of the game. Aside from that the Ear Force X12 has also in-line amplifier for quick access to Turtle Beach gaming audio gaming controls, microphone monitor and USB powered. 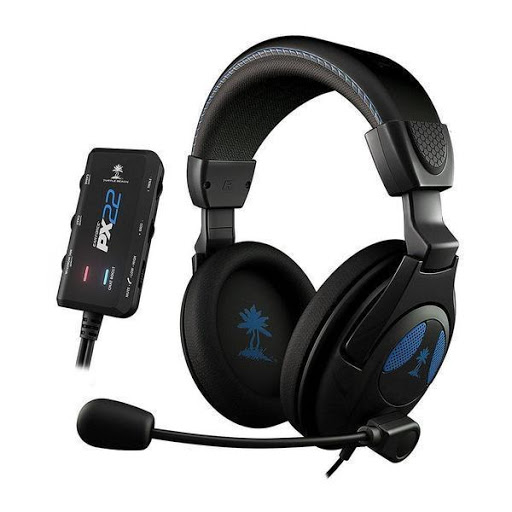 Among the other models produced by Turtle Beach that is also popular with gamers is the Ear Force PX22. This headset is a good match for gamers that have to chat most of the time during a game to coordinate with their team because it has dynamic chat boost that automatically adjusts as the intensity of explosive sounds is delivered. Apart from this awesome chat boost the PS3 Ear Force Px22 headset has also premium sound and mic monitor. 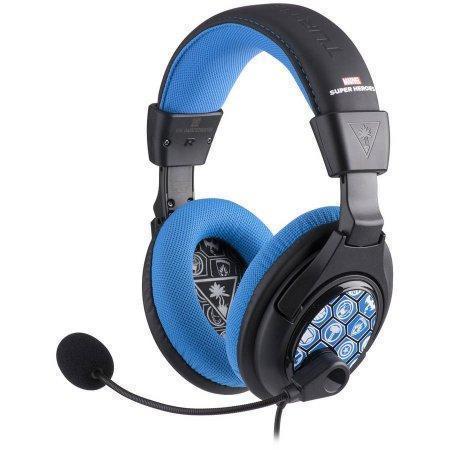 If you want to wear a one-of-a-kind gaming headphone that other gamers would be envious why not place your order purchase of the Tba-4256-01 Ear Force Disney Infinity headset. This particular Turtle Beach headset model has unique design bearing the Disney Infinity. What to expect with its performance? Well, it has also powerful amplifier making it a suitable headset for Xbox 360, PC, PS4, Wii U, PS Vita and other mobile devices. 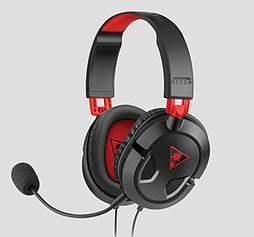 Another headset coming from this well-known brand Turtle Beach that gamers must watch is the Recon 50 Gaming Headset. This headset has impressive chat that can be adjusted. It also has high-quality speaker system, lightweight for convenient and longer hours of playing. The Recon 50 Gamine Headset is suitable to PCs, Mac and PS4 Pro, PS4 including Xbox One users through connection with 3.55mm jack.

Do you need more help finding the perfect gaming headset? If yes, feel free to visit beirutshopping and browse their wide collection of gaming products.

Doree-Lyn Nuguid is a professional freelance writer/blogger from the Philippines. She has wide knowledge of Search Engine Optimization (SEO) content and Social Media Marketing (SEM). Most of her writing projects deal with medical, health, and business industries.